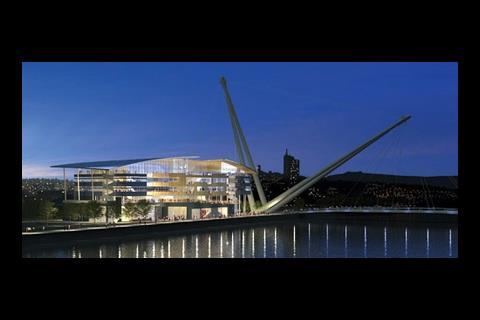 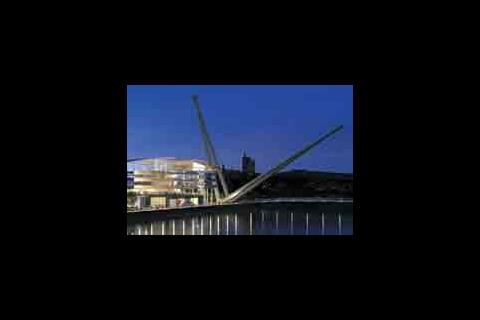 The contractor formerly known as HBG has been replaced by rivals on two schemes in Wales worth a total of almost £50m.

Bam Construct has lost the contract to build a northern base for the Welsh assembly in Llandudno Junction in Conwy and academic buildings in Newport for the University of Wales (pictured).

It was appointed to the £20m north Wales scheme in 2006, but then faced lengthy delays partly owing to a redesign last year to make the office carbon neutral.

EU procurement rules then dictated that the job be retendered. Bam put in a bid, but lost out to Cheshire contractor Pochin Construction, which was due to start work this week.

The original completion date for the base was this year; the Welsh assembly is now aiming for an opening date of spring 2010.

First minister Rhodri Morgan said: “The decision to re-procure the contract will be fully justified owing to the improvements made and the demonstrable value for money achieved.”

The building, which is to be sited on a former Hotpoint site, was first announced to the assembly in 2004.

Bam has also been replaced on a £26m scheme to build student halls for the University of Wales.

Bam carried out early work on the project under a two-stage tender agreement, but it is understood that the client considered its price too high at the second stage. The work will now be undertaken by Willmott Dixon.

The city-centre campus is a joint scheme between the university, Newport council and Newport Unlimited, the urban regeneration company for the city. It will provide a home for the Newport business school and the digital media, film and design elements of Newport School of Art, Media and Design. It was designed by Building Design Partnership and is due for completion in 2010.

A Bam spokesperson said: “There are no ill feelings about the University of Wales and we wish both projects well. Bam is fortunate to be winning a lot of work at the moment and all the regions are busy.”