Bam has said it will use its own in-house M&E arm on a scheme at Guy’s Hospital in London so it can cut out risk on the job.

The firm has been lined up for a £10m deal to build four new cancer wards at the Southwark site for Guy’s and St Thomas’ NHS Foundation Trust.

Bam is already on site carrying out initial works on the third and fourth floors of the Bermondsey Wing under a pre-construction services agreement.

The firm’s London director, Rod Stiles, said it would be carrying out the M&E work itself and added: “Upgrading ventilation, heating and lighting services in a hospital is complex and we have our own in-house specialists to deliver this – which represents a big reduction in risk because we don’t have to rely on others.”

Bam will also be stripping back part of the wing to its shell before fitting out the wards, designed by AHR Architects, alongside nursing areas, offices and a gym.

It expects to ink the deal later this year for completion in 2021. 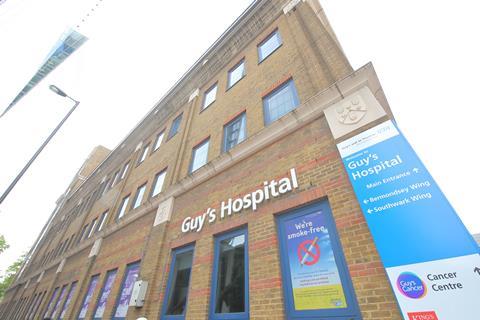