Bam has appointed a 40-year veteran of the firm to the top job at its Scottish division.

Jim Ward takes over from Bruce Dickson as director of its construction business north of the border. 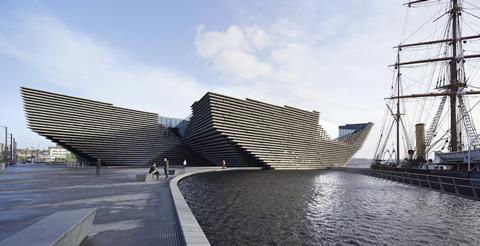 Ward joined in 1980 and was in charge of the contractor’s deal to build a new V&A museum, designed by Japanese architect Kengo Kuma, in Dundee which opened in 2018 as well as Zaha Hadid’s Transport Museum in Glasgow which opened 10 years ago.

The firm’s current jobs in Scotland include a new £100m headquarters for HMRC at Atlantic Square in Glasgow as well as a £30m visitor centre called the Johnny Walker Experience in Edinburgh for the whisky brand’s manufacturer Diageo.

Bam’s turnover in Scotland is £100m-plus with the firm employing 110 people from two locations, its main office at Stepps, near Glasgow, and a smaller office in the Scottish capital.

Dickson, who joined in 1992 as a project surveyor, has been handed a wider role within Bam’s Dutch parent Royal Bam although he will be based in the UK.

At its annual results in February, Royal Bam said it would concentrate on its businesses in the Netherlands, UK and Ireland and said it was looking at pulling out of problem markets Belgium and Germany.