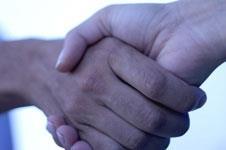 BAM Nuttall has won two transport deals worth almost a quarter of a billion pounds since the start of the year, Building understands

It beat Laing O’Rourke to seal a £190m rail deal for phase three of Chiltern Railways’ Evergreen project. The German-owned railway operator refused to reveal details of the work involved, but it is expected to include the upgrading of about six stations between Oxford and London, as well as linking two lines. Chiltern operates trains between London Marylebone and Birmingham Snow Hill, via Bicester in Oxfordshire.

Jarvis will carry out £55m worth of sub-contracted work.

The Surrey-based firm has also won a £49m deal to carry out renovation work on the northbound branch of London’s Blackwall tunnel. The firm is keeping tight-lipped until Transport for London’s (TfL) official announcement, but it is believed the job will involve carriageway improvement and lighting work. Costain was its main competition for the job.

The wins follow the firm’s appointment on the £250m Tottenham Court Road tube station revamp, which it won in a joint venture with Taylor Woodrow.

TfL revealed this week the same joint venture is one of three groups tendering for the £300m Bond Street tube station redevelopment. The others are a Laing O'Rourke/Bachy Soletanche/Costain consortium and Balfour Beatty. Bidders will be expected to return tenders by this April, with a contract due to be awarded by the summer.