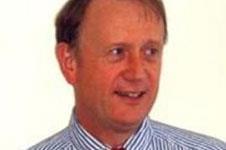 Baqus chief executive Clive Sayer has accused some QS firms of giving the industry a bad name by bidding low and performing poorly on projects.

Speaking after the company announced its first full-year set of results since floating on the Alternative Investment Market in December 2007, Sayer said profit margins had fallen as a result of increased competition.

He said: “There is more competition out there so prices go down and some companies are bidding at or below cost. The problem is some are not then delivering a high quality service, which gives the profession a bad name.

“Some public sector clients have told me they are getting a poor service because they are forced to take the lowest price, which isn’t the case.”

The problem is some are not then delivering a high quality service, which gives the profession a bad name

Sayer said fee levels were down by anything between 10% and a third.

Despite the squeeze on margins, the company said it would have a war chest of up to £1m next year to fund its acquisition spree.

Sayer said he was talking to more companies than he was this time last year but said he did not expect to tie up any deal before next Easter.

He added: “The business is in good shape. We are still investing in things like training and technology.”