Initiative has been called Building Back Britain Commission

The chief executive of Barratt, the boss of Legal & General and the head of Mace’s consultancy business are among those sitting on an independent commission designed to put house building at the forefront of the government’s Building Back Better initiative.

David Thomas, Nigel Wilson and Jason Millett are among six people to sit on the Building Back Britain Commission which will draw up two reports later this year. 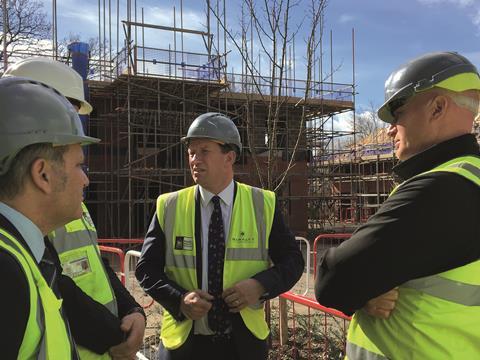 It said its aim is to “produce fresh ideas on how the government can hope to deliver on its dual ambitions to build 300,000 homes a year while reducing emissions from the UK’s residential housing stock”.

Alafat said: “We know that the housing industry can lead the way in rebuilding our country, improving people’s lives across the UK and creating a fairer and greener society. As we emerge from the pandemic, our Commission will work to ensure that this is the case and that housing is at the heart of the post-Covid recovery.”

The group, which has been set up by political consultant WPI Strategy, said it will produce its two reports in the autumn with the first focused on demonstrating the value of housing to economic recovery and the role it can play in the levelling-up agenda. The second, which will be published ahead of the COP26 Summit in Glasgow in November, will set out how the housing sector can work with consumers and the government to help decarbonise housing.

The reports will be authored by Chris Walker, a former government economist who has previously worked in the Treasury and MHCLG.

An advisory group, whose members include the Federation of Master Builders, the Home Builders Federation and the RIBA, will help submit data and ideas into the commission.