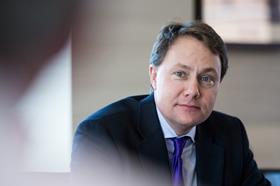 Barratt Developments has appointed Neil Cooper as chief financial officer to replace David Thomas who was earlier this year made chief executive at the company.

Cooper is currently group finance director at William Hill and will join Barrett once he has completed his contractual obligations with them.

John Allan, chairman of Barratt, said: “I am delighted that we are appointing someone of Neil’s outstanding calibre and experience to the board as CFO in succession to David who steps up to the role of CEO on 01 July 2015.”

He qualified as a management acountant with Reckitt & Colman (now Reckitt Benckiser Group PLC) before working as a consultant for PricewaterhouseCoopers’ management consultancy practice.  He is a non-executive director of Pennon Group PLC.

Thomas said: “Neil has a strong CFO track record as well as a good knowledge of the house building sector.  He has been a key part of shaping the direction of Bovis Homes and William Hill and is an exceptional appointment for Barratt; I am confident that he will add real value to our business.”