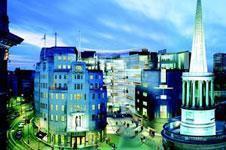 The BBC Trust has spent £3.2m on a headquarters after rejecting space in the corporations’ own building.

According to a report in the Sunday Times, the watchdog responsible for ensuring licence fee-payers get value for money signed a £2.2m, eight-year lease for the first floor of a converted Edwardian mansion in central London in January to house its 60 staff and then spent a further £1m on refurbishment.

The trust was previously housed in Marylebone High Street, with BBC London and BBC Training.

The offices were sold in October, however while the other two departments moved into office space at Broadcasting House and White City, the trust argued that it needed its own offices to be truly independent of the BBC.

It looked at 12 properties in central London before settling on 180 Great Portland Street, a five-minute walk from Broadcasting House.

The lease was signed even though the Tories have pledged to abolish the trust if they win the general election.