Current chief to retire after more than 30 years at practice

BDP has appointed a new chief executive to take over from the outgoing John McManus who is leaving the company at the end of this year after more than three decades at the firm.

Nick Fairham, who will be based in Bristol, takes over the country’s second biggest architect at the beginning of next month. 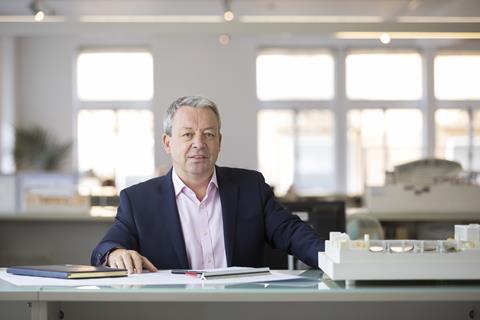 John McManus will leave after 36 years at BDP

He joined the £131m turnover firm 15 years ago and is currently responsible for leading the Bristol, Cardiff and MENA studios.

McManus, who turned 64 last month, has been in charge since January 2014 and added: “I can say unequivocally that the last eight years have been the most rewarding of my career.”

McManus said he will work alongside Fairham in the coming months ahead of retirement later this year.

At the time of his appointment, BDP had a turnover of £68m and during his period in charge saw the firm bought by Japanese engineering firm Nippon Koei for £102m in 2016.