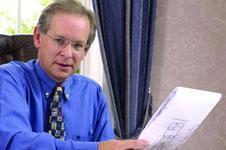 The chief executive of Bellway has denied weekend press reports that the company has approached Redrow about a £1.3bn takeover.

The Mail on Sunday reported that Bellway had targeted its smaller listed rival, the second time it had made an attempt to take over the firm.

However, chief executive John Watson told Building.co.uk: “There are no talks going on with Redrow. It’s just bloody press speculation. Hopefully next week they’ll think of someone else to talk about.”

Both companies’ share prices have been hit hard by the credit crunch, with Redrow's now worth less than half of their value this time last year.