Bellway finally gets the OK on £1.2bn Leeds scheme 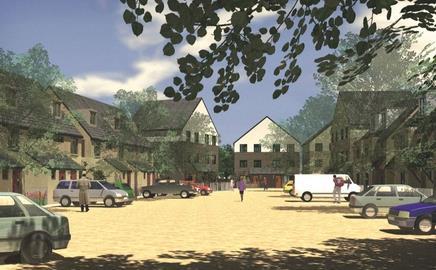 After a year of talks, EASEL, the biggest ever regeneration scheme in the city, gets green light

Bellway Homes has finally been given the go-ahead to carry out the entire £1.2bn EASEL regeneration scheme, the biggest ever in Leeds, after more than a year of negotiations.

Bellway entered into a new strategic partnership with Leeds council last week and, as a result, is expected to deliver 5,000 new homes in deprived areas over the next 20 years. It has taken over a year to reach the agreement.

The east and south-east Leeds scheme covers a 1,700ha area across four council wards and Bellway and Leeds council are planning to form a joint venture company to reinvest profits from the development back into the community. It is a pilot for the government’s “mixed communities” initiative, to show how profits from private development can cross-subsidise regeneration of council estates.

The scheme will include schools, health facilities and other public realm works.

Investment in infrastructure, the environment and local enterprise is expected to drive the new housing market in the area.

Bellway had already been selected to build about 700 homes for the programme’s first phase. Planning applications have been submitted for the eight sites in Gipton and Seacroft. Work is due to start on site later this year.

The EASEL project may be served by an electrically-powered bus system, which is being proposed in place of the axed £500m “supertram”.

For more on Bellway, search www.building.co.uk/archive