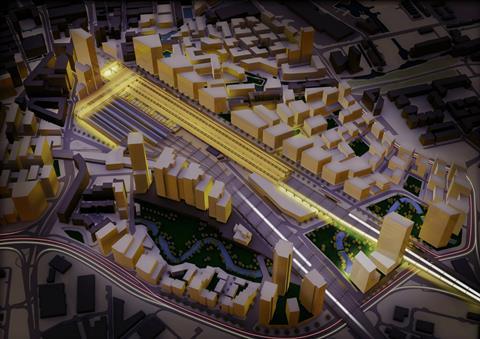 A Bennetts Associates-designed regeneration masterplan for the area surrounding Manchester Piccadilly Station has been approved by the city council.

The practice’s proposals cover 24 hectares of the city and are driven by the growth potential envisaged by the arrival of the High Speed Two rail line and other transport infrastructure improvements as part of the Northern Powerhouse Rail programme.

Bennetts said the framework centred around the positioning of Manchester Piccadilly as a “one station solution” and the “transformation of under-utilised and poorly connected lands” into a series of “neighbourhoods of choice”. 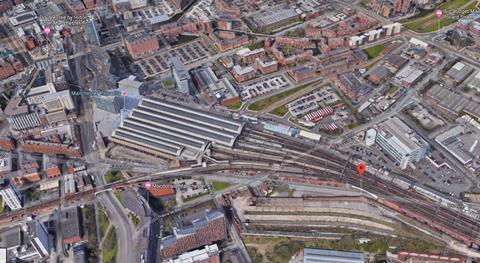 The practice said tall buildings would be used “judiciously” to mark the main station entrance and the approach into the city centre on existing and proposed rail viaducts, with 5,000 new homes and 267,000sq m of new office space forming part of the mix.

Bennetts said its proposals would deliver a “major new east-west route” to open up development sites, as well as a new 2.6ha park and new retail space in the arches under the station.

It said the latest framework represented a 10% increase in development compared with the predecessor vision for the area, which dates back to 2014. 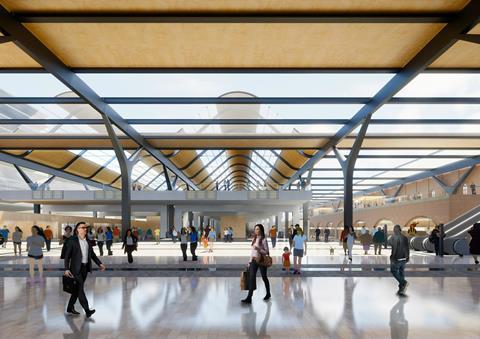 Inside a revamped Manchester Piccadilly Station