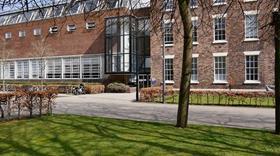 Parry has been drafted onto the Goodsyard scheme in Shoreditch on the City fringe in London to design the tallest building at the site, a 29-storey office block.

And O’Donnell & Toumey was behind the LSE’s award-winning Saw Swee Hock student centre completed by Osborne and opened five years ago.

Carmody Groarke, 6a, Grafton and Haworth Tompkins are also chasing the deal.

The final presentation of proposals to a jury which includes Tate director Maria Balshaw will be in a public forum in early June.