Three firms are in the race to build a new £50m office block above the Crossrail station at Bond Street.

Building understands that Kier and Skanska have been joined by Multiplex vying for the deal at 65 Davies Street which has been designed by architect PLP.

It is being developed by Grosvenor which earlier this year said it had signed an agreement with Transport for London for the job which will be built above John McAslan + Partners’ western ticket hall at the station in London’s West End.

The scheme will run across six floors and cover 65,500 sq ft of office space with room for over 650 workers.

The over station development at Bond Street is one of a dozen planned for the Crossrail route in central London including plans for a 15-storey tower at Paddington station designed by Grimshaw Architects. In all, more than three million sq ft of office, retail and residential space.

The scheme was given planning back in summer 2014. 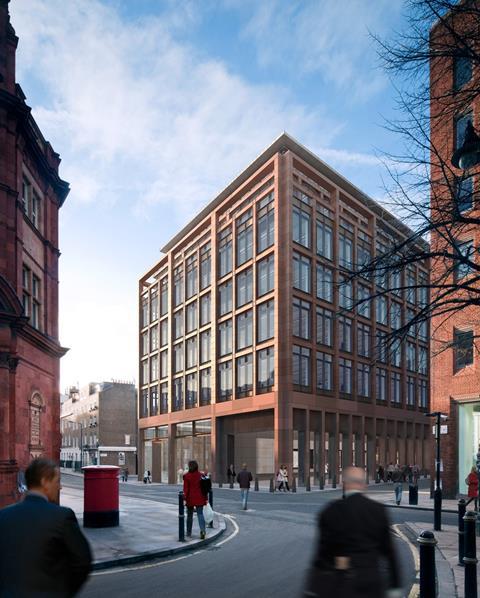 How the new development at Bond Street will look