Bill to bring Canary Wharf station up to scratch will be £80m, Crossrail boss reveals 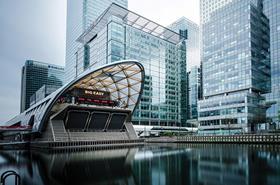 The man in charge of Crossrail has said it is having to spend £80m to make sure its station at Canary Wharf meets London Underground safety standards with work not expected to finish until the autumn.

Speaking to the Public Accounts Committee yesterday, the project’s chief executive Mark Wild said: “We’ve actually spent nearly £80m at Canary Wharf changing the equipment to make it the equivalent safety standards that are required for a London Underground station.

“It was completed in 2015 but we still haven’t finished the work at Canary Wharf and we won’t finish Canary Wharf until September or October this year.

“It’s fair to say the quality of the work we’ve found in Canary Wharf, completed by Canary Wharf Group, before my time actually, has had to have a wholesale retrofit, particularly in the safety systems.”

The station (pictured), which was built by Canary Wharf Group, cost a total of £500m with £350m coming from Crossrail and £150m from the contractor itself. The design and build deal was agreed in 2008.

But Wild, who became chief executive last November, said Crossrail has been left to foot most of the bill for the remedial work.

He said: “We have some commercial conversations with Canary Wharf but, and this is more [former chief executive] Andrew [Wolstenholme’s] gig than mine because it was 2014-15 but I believe we accepted the station [as complete] to some extent, so I think, although there is some commercial conversation with Canary Wharf, my focus is on getting the job done.”

Wolstenholme, who was at the same committee hearing, said as the contract had been let as design and build, picking up the snagging bill had been the cheaper option.

He joined Crossrail in 2011 – two years after the Canary Wharf contract was signed.

Wolstenholme said: “It was let early because it was private site that had the opportunity to start.

“The design for the actual railway station, as opposed to the top site, came many years later. This was a risk that the Canary Wharf Group and, I believe, the early part of Crossrail took.

“It was always likely, as design and build, not to meet the full specification. Canary Wharf Group as a commercial organisation say we are going to build and pay for what was in the original specification.”

The news about the ongoing work at Canary Wharf comes after its managing director for strategy Howard Dawber tweeted out a picture of the Crossrail station, designed by Foster + Partners, saying it had been completed “ahead of schedule and on budget”.

This is the Canary Wharf #Crossrail station, designed, built and financed by @CanaryWharfGrp and opened 4 years ago in May 2015. We did shops and a beautiful garden on top. Ahead of schedule and on budget. Just saying . . . . @Crossrail pic.twitter.com/IEpVppra7n

Meanwhile, Wild also confirmed the extent of the delays on some of the scheme’s central London’s stations, saying the design of Bond Street, which is being built by a Costain/Skanska joint venture, will not be finalised for at least another four months.

He said: “Bond Street is 18 months to two years away from completion. Its design isn’t complete and its design won’t be complete until September or October.”

Wild said Tottenham Court Road, which is being built by Laing O’Rourke, is the most advanced of the central London stations.

Wild has previously said Crossrail will not open until March 2021, with Bond Street station opening at an unspecified date afterwards.