Martin Pitt had been with the business since May 2015 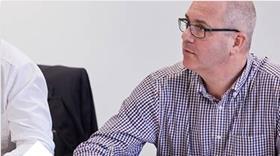 According to documents filed at Companies House, Martin Pitt, stepped down as a director yesterday (18 March).

“Leighton More, chief financial officer, will assume responsibility for all commercial matters while the business reviews its needs in line with our five year strategic objectives.”

Pitt (pictured), who reported directly to chief executive Paul Hamer, took up the role in May 2015.

Pitt left that firm in February 2015 as part of a management shake-up at the contractor that saw a number of other senior figures leave the business.

Before Morgan Sindall he held positions at both Amey and Wimpey Construction.