Booming property business sees Caddick numbers on the up

Its biggest business is its property development arm which includes build-to-rent specialist Moda Living with this part of the group accounting for £228m of turnover, a rise of 37%. Pre-tax profit fell by just over £360,000 to £14.7m. 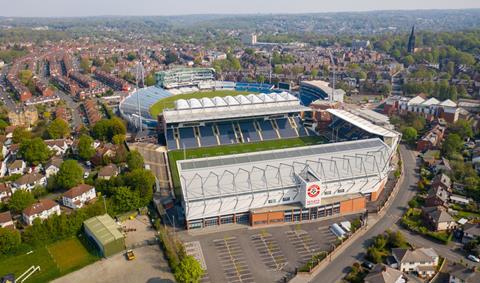 But profit at its construction arm nearly doubled to £4.2m on turnover up 19% to £147m. It added that turnover from construction is expected to be around £212m in the year to August 2022.

Accounts for this business showed turnover stuck at around £8.5m with pre-tax losses rising from £1.6m to £2.2m. The firm said the absence of fans from its Headingley ground, because of covid-19 restrictions, had hit its finances hard. “Even with the easing of restrictions there continued to be a muted return of spectators to the end of the season,” it added.

It said that it expected a new stand overlooking both the rugby ground and neighbouring cricket ground to generate additional income through matchday receipts and corporate events.

Caddick Group, which employed 445 people during the period, down from 510 the year before, said it claimed £429,000 in furlough cash from the government’s Coronavirus Job Retention Scheme, down from £1.7m the year before.