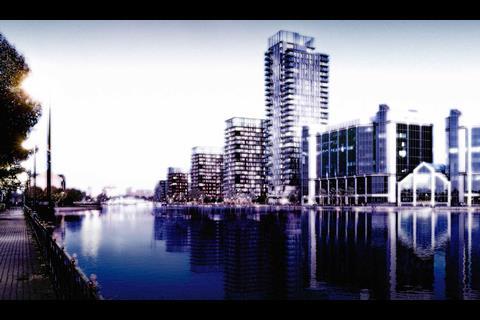 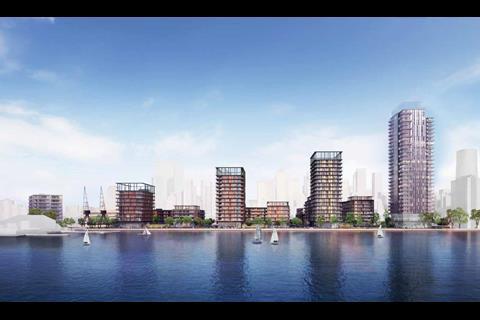 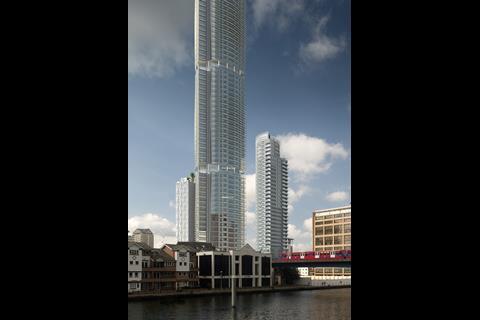 The mayor of London Boris Johnson has approved two major Docklands projects in his last few days in the job.

It brings the total number of developments that he has called in and subsequently approved to 17 - an 100% approval rate.

He dodged one of the most controversial of all - Bishopsgate Goodsyard - by deferring a decision earlier this month, effectively kicking it into his successor’s tenure.

The Westferry Printworks redevelopment and Alpha House were both slated for rejection by Tower Hamlets before they were called in by the mayor.

PLP designed the 30-storey Westferry scheme for media mogul Richard Desmond. It contains 722 new homes, a secondary school, retail and office space. The level of “affordable” homes has been increased from 11% to 20%. The developer has also agreed to pay wind mitigation contributions of more than £506,600 for Docklands Sailing and Watersports Centre because of the effect the new tower would have on dinghy sailing in the dock.

The 65-storey Alpha House at 50 Marsh Wall was designed by Pilbrow & Partners, the practice set up by Fred Pilbrow after he quit PLP in 2013.

The towers will hold 634 homes of which 25% are “affordable” and a 231-bed hotel. The 82,000sq m scheme will also see a primary school and health clinic built, as well as retail.

A spokesman for the mayor of London said: “London’s population boom means there is an urgent need for housing and school places in Tower Hamlets.

“The redevelopment of the former Westferry Printworks will create a new neighbourhood with hundreds of homes for Londoners and by calling the application in, City Hall secured a sizeable increase in affordable ‎housing. The site also delivers key new infrastructure to the Isle of Dogs, including a much-needed secondary school, significant public open space and a health and community centre for public benefit.”

Meanwhile, Alpha Square would deliver new homes, an urgently needed school and other infrastructure “of significant benefit to London”, said the spokesman.