A manager at the Building Research Establishment (BRE) has admitted that not noticing that a fire test of an insulation product used on Grenfell Tower was rigged was a “very basic error”.

Former BRE project manager Tony Baker told the Grenfell Inquiry that he made a “fundamental omission” by missing the presence of two fire-resisting magnesium boards which were added to a May 2014 test of Celotex’s RS5000 insulation to increase the chances of a pass.

After the test passed, the extra magnesium oxide boards were not referenced in either the BRE’s official report of the test or Celotex’s marketing literature for the product.

The RS5000 insulation, which the inquiry heard last year was actually a rebranded version of an earlier insulation, FR5000, which had failed the test required for use on buildings above 18m, was then marketed as safe for use on high-rise buildings and installed on the 67m tall Grenfell Tower as part of its refurbishment. 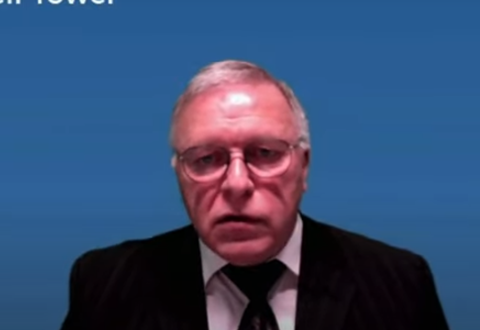 Baker was shown images of the test rig after the end of the test, which showed that the orange 8mm cement panels which Celotex had used to cover the white magnesium boards had burned away, revealing the boards underneath.

Inquiry to the counsel Kate Grange QC asked Baker: “What did you think the white board was at the top of the rig when you reviewed the report?”

Baker replied: “To be honest, I don’t know. I don’t know that I even sort of took it in that it was there.”

Grange asked: “Can we agree that that was a very basic error in the checking of the report?”

Asked how the error could have occurred, he said: “Erm … no, I can’t, I’m afraid. I don’t know how I’ve made a fundamental omission… error such as that.”

He told Wednesday’s hearing that he had not had any discussions with his colleagues about the white magnesium boards, including with burn hall manager Philip Clark, who was present at the test and gave evidence to the inquiry last week.

Grange asked: “Can you help us to understand how a situation has come about whereby, despite being shown clearly in this photograph, there is no reference to these magnesium oxide boards in the test report?”

Baker replied that he could not explain it but that he would also have expected Celotex to noticed the boards, adding: “It would seem that there was a concerted effort to seek to hide it from us.”

But after looking at the photos, he admitted: “Obviously it’s not hidden that well.”

Asked last month how he could have missed the presence of the magnesium boards, Clark told the inquiry: “This is what has been playing in my mind for a long time,” adding: “I would have returned to the burn hall the day before the test and would be running around instrumenting and all that sort of thing, and to this day I still can’t think why I missed it. No, I can’t account for that at all.”

Clark told the inquiry that the magnesium boards could have “sneaked” on to the test rig without the BRE noticing, as the BRE “weren’t there 24/7” and the “reliance was very much on the honesty of the client”.

But cladding installer Patrick Jones, who fitted the May 2014 test, told Tuesday’s hearing that BRE staff were checking the installation of the test rig “the whole time”, adding that he was not aware of anything “underhanded” happening.

Roper told the inquiry last year that senior staff at Celotex had ordered all reference to the magnesium oxide boards to be removed from marketing literature, admitting that this amounted to a “fraud on the market”. Celotex withdrew the test report in 2018.

The first phase of the inquiry into the fire, which killed 72 people in June 2017, found that the insulation included in the building’s cladding system ”more likely than not” contributed to the spread of flames up the side of the tower.