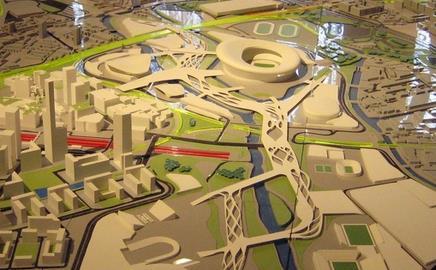 Surgenor to fill sustainability position for 2012

Surgenor said the decision was a tough one but added that working for 2012 was a once in a lifetime opportunity adding that she will be employed ensuring that London 2012 Olympic venues are sustainable. Surgenor will work under Dan Epstein as a sustainability adviser on a team of five.

Surgenor's job, advertised on the BRE's web site is advertised as managing 10 staff and to "developing and delivering the BREEAM International strategy and business plans." Her replacement will "work with green building councils, government agencies and international companies."

The departure comes as BRE head Peter Bonfield annouced he would double the size of the firm within five years and new offices have been opened up in China and Dubai. But the BRE is fighting a war on several fronts against US Green Building Council's standard, LEED.

Richard Hardy, Director of Sustainability at the BRE said: "We are disappointed to lose Anna but pleased for her in her new role and will continue to have close contact with her."

Surgenor has worked at the BRE since 2004. A video of delivering a speech earlier at Build Green CEE earlier this year can be found here. She could not be reached for comment.