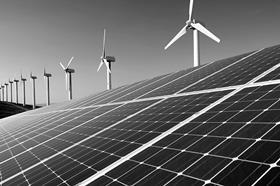 A Brexit could have a damaging impact on the environment by allowing schemes with poor sustainability credentials to be waved through planning, sustainability professionals have warned.

A survey of 1,200 members of the Institute of Environmental Management and Assessment (IEMA) found two-thirds believed that environmental issues would be given less weight in infrastructure decision-making if the UK left the EU.

Environmental Impact Assessments (EIA) - the process of evaluating the likely environmental impacts of a proposed project or development - are a key part of planning policy and are derived from the EU’s EIA directive.

Half of respondents said opportunities for the public and communities to engage in the decision-making process on new infrastructure proposals would also diminish in case of a Brexit.

Just over 80% of respondents also believe that European laws and regulations are important in providing them with a framework for being able to deliver environmental protection and improvements.

The survey also found 93% thought action to tackle the loss of biodiversity on sites was best undertaken and best addressed when within or aligned to EU policy frameworks.

The EU has several laws to protect nature and biodiversity. The Birds Directive and Habitat Directive are among the laws which work with Natura 2000 - a network of sites across the EU designated as nature protection areas - to safeguard against potentially environmentally damaging developments.

“Whichever way the vote goes, it is essential that environmental issues continue to be factored into infrastructure decision making and that those potentially affected are given opportunities to participate.”

The survey is the second of three to be conducted by the IEMA ahead of the EU referendum.

The first, conducted last month, revealed that 57% of sustainability professionals thought a Brexit would make the UK less likely to reach its climate targets.

It also revealed that 72% thought that operating in the EU makes for a more stable policy landscape for both businesses and the environment over the medium to long term.