Nearly £100m is to be invested in the regeneration of Bristol’s Temple Quarter.

The cash, announced by levelling up minister Neil O’Brien, will see 10,000 homes delivered in the area close to the city’s Temple Meads railway station. 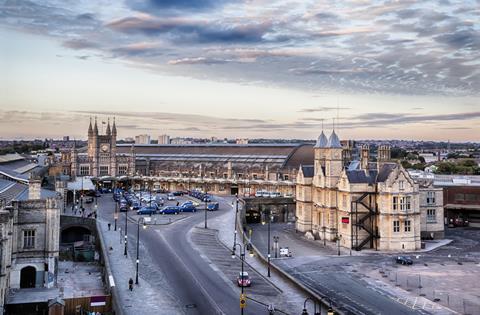 Roughly 130 ha of brownfield land will be developed by a partnership of Bristol city council, Homes England, Network Rail and the West of England Combined Authority.

The funds will also support the creation of three new or upgraded station entrances to the north, south and east of Temple Meads, connecting areas neighbouring the station.

The £95m funding package will unlock the first part of the scheme, with plans to develop 57 ha across St Philip’s Marsh in phase two.