Project to be built by Sir Robert McAlpine

British Land has unveiled new plans for a tower at 2 Finsbury Avenue at Broadgate ahead of a planning submission in the autumn. 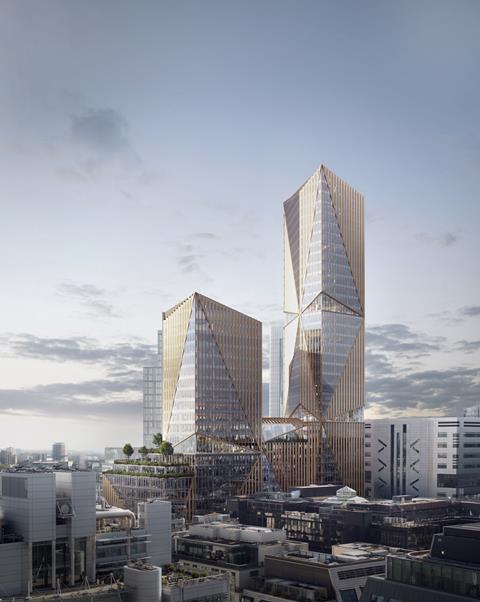 The project, which has been designed by Danish architect 3XN, will be built by Sir Robert McAlpine, who is British Land’s sole framework contractor on the Broadgate development.

It is the practice’s first project in London.

The decision to push ahead with plans signals a confidence in the capital’s commercial market by the FTSE100 developer.

Others in the project include Core Five as cost consultant, Gardiner & Theobald as project manager and Ramboll as structural engineer.

The project consists of a 12-storey podium with a 35-storey East Tower and 20-storey West Tower.

The plans spell the end for two other schemes: the existing low-rise Peter Foggo buildings at 2 and 3 Finsbury Avenue Square and a 32-storey replacement designed by his firm Arup Associates which won planning in 2016 but was never built. The Foggo buildings were granted immunity from listing in 2015, a move which Twentieth Century Society director Catherine Croft described at the time as the “last straw” for Broadgate. 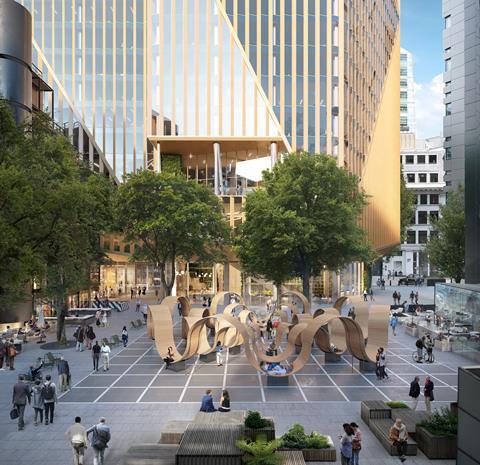 In line with British Land’s sustainability strategy, the building will target net zero carbon in construction and operation as well as a Breeam “Outstanding” certification.

The offices have been designed with behavioural scientists from GXN, 3XN’s innovation arm, and are interspersed with healthy, green areas and terraces. 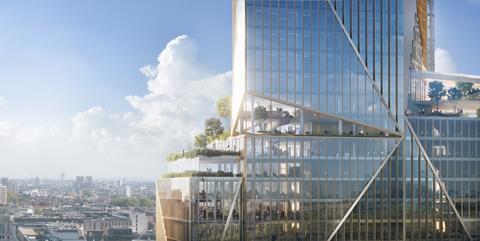