British Land has been given the green light for plans by BDP for a £400m redevelopment of a shopping centre in Kingston.

Kingston council OK’d the plans last month which will see new commercial and retail space along with 380 new homes at Eden Walk in the south-west London town.

The scheme is also being developed by the Universities Superannuation Scheme – the principal private pension scheme for universities in the UK.

Expansion of the centre, which opened at the end of the 1970s and is next door to the 25 year old Bentall Centre, will see buildings ranging from seven to 16 storeys in height. Work is expected to take two and a half years to complete. 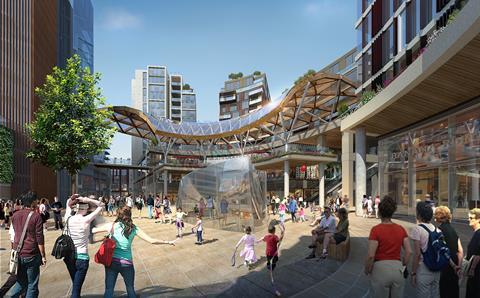 The scheme is a major expansion of the 1970s-built centre