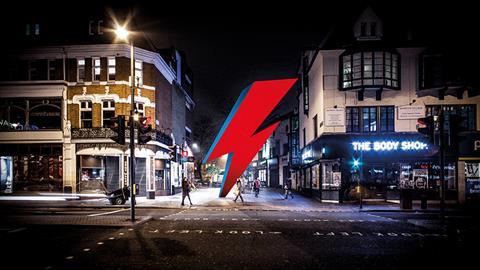 A crowdfunding page seeks to raise £1 million to realise the project, which it says would be a “three-storey tall bolt from above. A 9-metre missive from another dimension, hurled from afar”.

The campaign, which has the backing of Lambeth Council, has raised just over £44,000 since it launched last week.

Architect Monro said the design - based on makeup worn by Bowie on the album cover - needed to “be as abstract as possible” and would represent a bolt “which has been thrown down and landed in Brixton”. 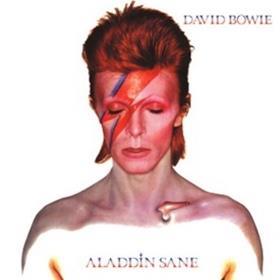 “It has an otherness to it, it’s not a statue that people can cry over, it’s a symbol of an idea, it can be different and show that people can be non-sequential and non-logical,” he said.

Monro, whose eponymous practice is based in Effra Road, Brixton, added that the memorial aimed to provide a permanent tribute to the musican, rather than something transient.

“We’ve worked for 25 years in that part of Brixton and have tried to get that area cleaned up,” he said.

“When you come out and look over the road from the station there’s occasionally a Christmas tree or something like a market but it is the perfect spot to draw all the people who are moving from the tube to the other side of the road and create a new place.”

In the immediate aftermath of Bowie’s death in January 2016 thousands of Londoners congregated outside the nearby Ritzy Cinema in Brixton and spent the night together paying homage to the musician.