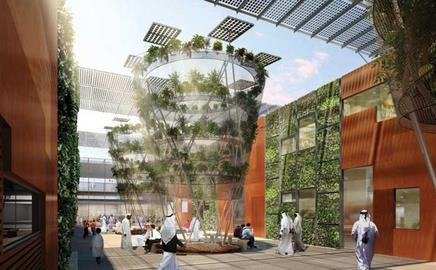 The architect has also been selected to design nine schools in Abu Dhabi as part of a 10-year plan to build 300 schools announced at education conference BSEC MENA in Abu Dhabi this week.

The British school will be for 2,000 pupils and has been commissioned by a committee headed by the British ambassador, according to Ian Apsey, a director of Broadway Malyan.

Apsey declined to comment on the cost of the scheme, which is still in the early concept stage, but it is understood to be in excess of £20m. Funding for the project is to be raised locally and it is understood that the Abu Dhabi royal family will contribute.

Broadway Malyan, which has a turnover of £3m in the emirate, is also designing nine out of the 18 schools in the first wave of the Abu Dhabi Education Council’s (ADEC) revamp of 300 facilities.

The council’s plans were unveiled alongside those of other countries, with Saudi Arabia pledging to allocate 18% of its annual budget to education investment. The kingdom’s £1.5bn King Abdullah Project for General Education Development will be rolled out over the next six years and includes £690m earmarked for building and renovating schools.

Meanwhile, Jordan laid out plans to renovate 500 of its 3,500 schools under its Madrasiti programme. The five-year programme will cost £31m and will rely on private money, with plans to extend the programme into the Palestinian territories.

Abu Dhabi is also expanding a sustainability programme, called Estidama, to draw up a sustainability standard for schools. It is understood the guidelines will be completed by March or April.

More on BSEC MENA at www.building.co.uk/education