Brookfield to build Pinnacle for £575m in City… 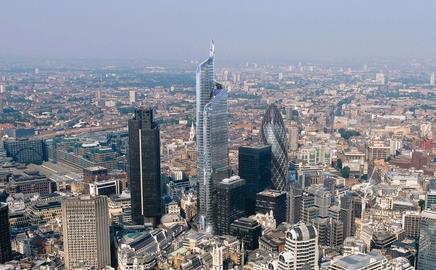 The firm, which changed its name from Multiplex last year, agreed a maximum price with developer Arab Investments just before Christmas. The figure is understood to be £75m higher than initially expected.

Brookfield was originally chosen to build the 63-storey scheme in Bishopsgate in summer 2007 and the developer had hoped the job would be completed by 2011. But delays in signing off the deal mean it is now set to finish in early 2013.

Mace has been overseeing the demolition and groundworks, which are being carried out by Keltbray, for more than a year under a construction management deal but will hand over to Brookfield next Thursday.

Ashley Muldoon, the managing director of Brookfield’s construction business in the UK, said: “We’re pleased to have signed the contract with Arab Investments and look forward to supporting them in the development of the tower.”

The firm has let most of the main subcontracts on the 288m-high tower. Dutch contractor Hollandia, which worked with Brookfield on Wembley Stadium, and Belgian firm Victor Buyck will carry out steelwork as a joint venture, having previously worked together on the Gherkin. Permasteelisa subsidiary Gartner will carry out the cladding.

Meanwhile, Mace is expected to sign a deal to build the 310m-high Shard in London Bridge within the next week. According to sources close to the project, the scheme’s funders are close to agreeing a price of about £425m for the tower.

More on the Pinnacle’s story at www.building.co.uk/archive