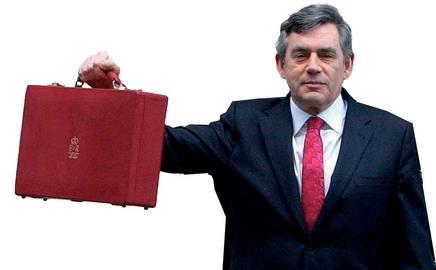 Gordon Brown, the chancellor of the exchequer, delivered what is expected to be his final Budget on Wednesday with a series of headline measures and a number of green provisions.

Among the green measures announced were:

However, some industry commentators expressed disappointment that the chancellor did not bring forward more radical proposals on the environment, and that the issue of energy use in existing buildings was not addressed.

Public services also received boosts. Education spending in England will rise from £60bn this year to £74bn in 2010, and the NHS in England will get an extra £8bn over the next year.

In a move designed to win the backing of councils for the planning gain supplement Brown said that 70% of revenue raised from the levy would be paid directly to councils. He also said that in London the remaining 30% would be paid to the mayor.

He introduced legislation to address tax loopholes with managed service companies, which affect many labour agencies. The rules come into effect in April next year.

In a surprise move he said the basic rate of income tax would be cut from 22p to 20p from April next year.

Reaction What the industry said ...

The devil is always in the detail but the decision to reduce VAT from 17.5% to 5% is welcome as is the extra investment in training and apprenticeships.

We are disappointed there wasn't more on the environment. There were minor measures that he has been aspiring to do. He didn't do anything to address existing buildings.

The government has thrown the last dice to rally support for the planning gain supplement. Having received no support during the recent round of consultation, this undoubtedly has to be seen as a sweetener.

The chancellor told us that his Budget would be about sustainable growth. But behind the headline-making tax cuts, there's not much that's new