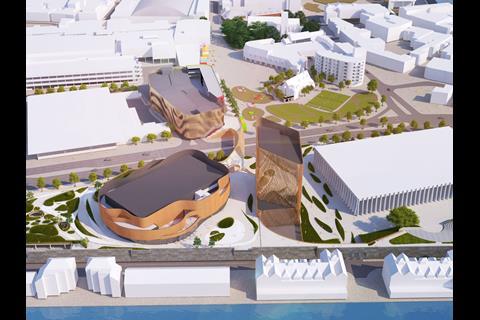 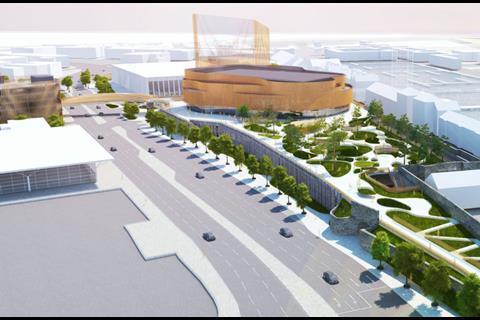 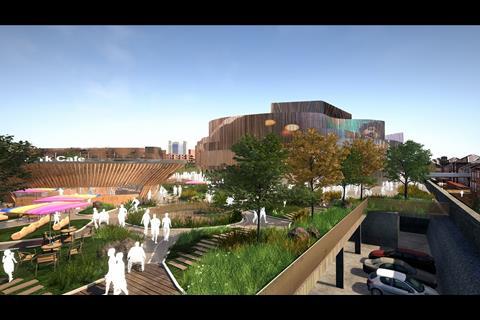 Buckingham has been chosen as the main contractor for a £120m regeneration scheme in Swansea city centre, including a 3,500-capacity digital arena.

Proposals for the arena, which is designed by Acme, include cladding with LEDs which can display abstract artwork and video playbacks and would be optimised for viewing 100m away.

Buckingham has picked up a number of high-profile wins recently including pipping Sir Robert McAlpine to build a new stand for Premier League strugglers Fulham and work to revamp Leeds station.

But it was told last autumn that its deal to build the new Bristol Arena had been scrapped after the scheme was shelved.

The Swansea scheme will bring forward a total of more than 20,000m2 of public space and is set to be delivered either side of Oystermouth Road, adjacent to Swansea Bay.

The main build phase is due to start in late summer, with completion due in 2021.

The development manager for the scheme is Rivington Land.

Council leader Rob Stewart said: “We have developed a strategy with Buckingham to offer packages of work to sub-contractors and trades, many of whom we hope will be local.”

A contractor was originally due to be appointed on the job by the end of September but the signing of contracts was delayed until the new year.