Budget fails to lift gloom over growth of national debt 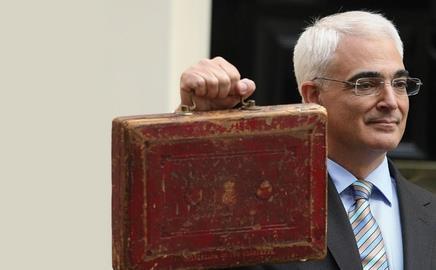 Industry figures have expressed concern at the fall in public investment forecast for 2012.

Under plans unveiled by Alistair Darling in the Budget on Wednesday, net investment in capital projects as a percentage of GDP will fall from 2.6% in 2008/09 to 1.25% by 2013/14. Extra funds, including proceeds from property disposals and efficiency savings, will partly offset this fall.

Simon Rawlinson, a partner in Davis Langdon, said: “It means there’s no plan B should the economy not do a U or V-shaped recovery. For construction, it intensifies the risk of a double-dip recession because the private sector is all that’s going to stand between construction and a significant reduction in work.”

He added that not all sectors would benefit from increased public spending before 2012. He said: “If you’re not in health or education, where does that leave you?”

Graham Watts, the chief executive of the Construction Industry Council, said the figures placed the emphasis on improving the way the government buys construction services. He said: “The biggest concern is the money wasted in public procurement; they have three years to do something about it. If they started making the right efficiency investment, they would get a lot more construction for 1.25% of GDP.”

Andrew Crudgington, the head of policy at the Institution of Civil Engineering, said: “At present it appears to be assuming that private demand will have recovered by 2012 and public investment can be reduced without damaging the sector. Ministers will need to pay close attention to construction performance so that any contraction of public spending in 2012 doesn’t damage the sector’s recovery.”

Darling also pledged £500m to restart stalled housing projects; this was in addition to a £100m package of funding for councils to spend on energy-efficient housing.

And there was £405m of extra support for energy-efficient buildings. Darling said: “This will give construction firms more certainty and help them meet housing demand more effectively.”

The Budget package included £300m in 2009/10 to kick-start stalled schemes hit by problems with the Building Colleges for the Future programme.

More reaction to the Budget at www.building.co.uk/budget09.