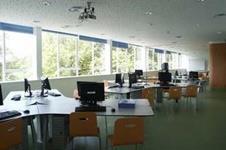 Over a thousand more students will take the diploma in construction and the built environment in the 2010 academic year compared with 2009.

The diploma was developed by employers, schools, colleges and universities, and is taken instead of or alongside GCSEs, A-levels and vocational subjects.

Commenting on the figures released, schools minister Iain Wright said: “I am delighted that the figures show that the number of learners taking the diploma has trebled since last year. Young people tell us that the diploma is a qualification that motivates and challenges them.”

Nick Gooderson, head of standards and qualifications at ConstructionSkills, added: “These figures are encouraging, considering the fact that we're at the very early stages of this new qualification. But I must stress, in order for the diploma to maintain this momentum, we really do need the continued support of schools, colleges and employers.”