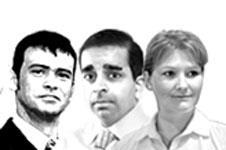 Welcome to Buildings new panel of economic bloggers. We have assembled an expert panel of Building Economists to help make sense of these fast moving and uncertain economic times. They will regularly comment on economic developments as they unfold and give an insight into what these might mean whether it’s and event as big as today’s budget or a simple increase in the price of plastic piping.

We have chosen Budget week, the biggest week in the economic calendar, to launch our panel. Following are the first couple of pragraphs from each of our bloggers. Click on the links to access the full analysis.

Budget day as ever was interesting and obviously, the devil is in the detail, especially when it is bad news. However, the Chancellor’s speech and the Budget document provide us with some initial thoughts. The macro figures are as bad as expected and potentially worse; £175bn public borrowing in 2009/10 and £173bn in 2010/11. Read more Noble Francis

Three things stood out in yesterday’s Budget: First, the shocking state of UK public finances, second, the Chancellor’s gambling on a very rapid rebound of the economy to make his numbers add up and third, that the construction industry will almost desperately hope for private sector demand to return by 2011, as from then public capital investment will be fiercely squeezed. Read more Maren Baldauf-Cunnington

James Hastings: What's in the Budget for construction

Snap analysis immediately after the event tends to be prone to knee-jerk reaction, but the thing that immediately springs to mind about this budget is the optimism regarding GDP growth in 2010 in 2011. While I wouldn’t neccessarily argue with a 3.5% decline for this year, 1.25% growth for 2010 seems a little on the high side, and 3.5% for 2011 excessive. The Treasury’s own analysis of independent forecasts for 2010 gives a median of 0.3%, although admittedly there are a considerable range of viewpoints. Read more James Hastings

The Budget has placed built assets at the heart of nurturing economic recovery, achieving efficiency savings and delivering better public service outcomes. The Chancellor is now forecasting a budget deficit of £175 billion this year and £173 billion in 2010/11, peaking at 79% of GDP in 2013/14. He is also forecasting a contraction in GDP of 3.5% this year and an optimistic rebound to growth of 1.25% in 2010. The fact that the black hole of public spending is now not forecast to be closed until 2017/18 indicates that the post election Chancellor will need to introduce a further significant wave of efficiency savings and tax increases. Read more Graham Kean

Maren Baldauf-Cunnington is a construction economist with cost consultant Davis Langdon. She is based out in Dubai and is ideally positioned to give up to date comment on events in the region as well as the rest of the world.

James Hastings is head of construction at the market intelligence side of business information specialist Experian.