Building more offshore wind and nuclear schemes is the best way to keep down soaring energy prices, the government’s COP26 president has said.

Alok Sharma said that further investment in renewable energy was the solution to a worsening global supply crisis that has seen gas prices increase by up to 400% over the last year.

Cabinet Office minister Sharma, whose previous roles include business secretary and housing minister, made the comments in a speech at an event yesterday at Chatham House in London to outline the UK’s priorities for the remaining 10 months of its COP presidency. 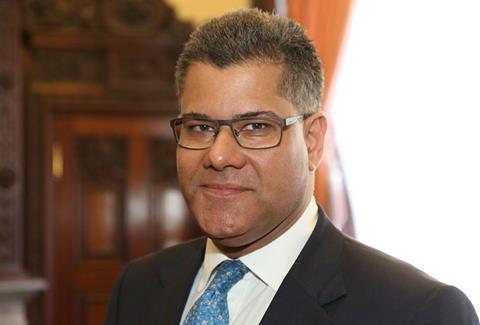 He said: “The answer to cutting emissions, keeping bills under control and ensuring domestic security of supply is to continue to build out our world leading offshore wind sector and to continue to invest in nuclear and hydrogen as our government is doing.”

He added that there was a “clear economic case” for adapting to climate change, quoting figures from the UN’s Environment Program which estimated that investing in measures like flood defences could yield more than four times the return in avoided costs compared to not building them.

The COP26 summit in Glasgow, held last November, was billed as a watershed moment in motivating countries across the world to work together to tackle carbon emissions.

It saw more than 200 countries agree to phase down the use of coal and committed wealthy countries to at least double funding to poorer nations most at risk of the effects of climate change.