Building Quiz of the Decade: The Answers 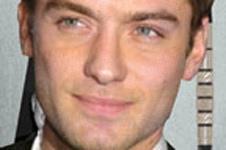 How did you do?

Who told Vanity Fair in 2004: “I'm really into architecture, structure and design. Give me anything and I'll design it. I'm a bit nutty with it.” Brad Pitt

In which 2006 film does Jude Law play a King's Cross-based architect? Breaking and Entering

In 2006, the 007 stage at which famous film studio had to be rebuilt in just eight months after fire broke out during the filming of Casino Royale? Pinewood

2009 saw the fifth sequel to a particularly gruesome horror film named after which construction tool? Saw

In 2002, the “Basingstoke Builder” reached the semi-finals of the World Darts Championship. What's his real name? Colin Monk

In 2003 England won the Rugby World Cup. But which member of the team went on to run a construction labour agency in west London? Jason Leonard

In 2007 England failed to even qualify for the Football World Cup. But which unlikely career path opened up for Irish bricklayer Michael McElhinney when Fabio Capello subsequently took over as England manager? Working as a Capello lookalike

What was the name of the Aussie roof tiler given a surprise call-up to the England cricket team in 2008? Darren Pattinson

What was the name of the Liverpudlian builder who won the first-ever Big Brother in 2000? Craig Phillips

Which sitcom character made his final appearance in 2004 after 20 years of listening? Frasier Crane

In 2005, who became the first architect to star in the Simpsons? Frank Gehry

Which number one single in 2000 gave construction a younger audience and proved a key influence on Barack Obama? Can we fix it? By Bob the Builder

What band's 2006 debut album was Blood, Sweat and Towers? Towers of London

In 2007, which band formed an unlikely collaboration with Norman Foster? U2

The Richard Rogers-designed Millennium Dome was given a new lease of life in 2007 when it reopened as a music venue. But who were the first band to play there? Bon Jovi

Who did London mayor Ken Livingstone appoint as his chief adviser on architecture and urbanism in 2001? Richard Rogers

Samuel Joseph Wurzelbacher became an unlikely flagbearer for the Republican presidential campaign in 2008. But what was he better known as? Joe the Plumber

Which architect told Building in 2008: “Saying you can't work in China because they've got human rights issues is like not designing a toilet in case someone masturbates in it”? Will Alsop