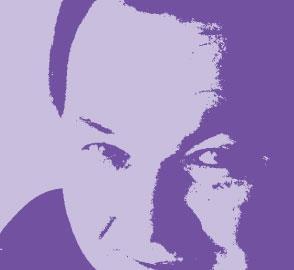 After failed merger talks with SMC, architect looks to acquire another business

Architect Aukett Fitzroy Robinson said it is planning to acquire another business “within a year”, despite the collapse of merger talks with SMC two weeks ago.

The bullish stance is part of an emerging growth strategy at Aukett, which has created six director’s roles, filled by internal promotions, to support its planned expansion. The company is also to revise its turnover targets upwards as it approaches the five-year £25m target set by Nicholas Thompson, the chief executive, when he arrived at the firm less than three years ago.

It’s a long way from the turbulence at the time of the arrival of Thompson in 2005. The business was formed by a merger between his former company, Fitzroy Robinson, and Aukett. Aukett, then listed on the main stock exchange, reported a pre-tax loss of £1.2m in 2004 on a turnover of £11.8m.

The entity now is much more commercially thoughtful

Thompson said the business turned around because of increased commercial awareness. He said: “The entity now is much more commercially thoughtful. I oversaw every appointment and fee agreement for a long time but now it’s now part of its make-up.”

Thompson confirmed merger talks with SMC broke down because the companies could not agree “respective values”. He said: “The hearts and minds had been dealt with. It only relied on a financial proposal. It would have been a good geographic and sector fit, but we’ve drawn a line under it at the moment.”

He said Aukett Fitzroy Robinson would look to buy to increase its sector coverage. It is particularly looking to expand in the hotel and green retail sectors. He said any deal would be a single purchase that could be fully integrated into the business, unlike the bolt-on deals that characterised SMC’s expansion.

He said: “I’ve known Stewart McColl for a long time, but I have a different business model. His plan was to add lots of fragments – there’s nothing wrong with that, but there were too many too quickly and SMC didn’t have the infrastructure to support them.”

Thompson said despite City doubts over the wisdom of floating an architectural practice on the stock exchange, he was committed to Aukett’s future as a listed company.

He said: “I don’t think there’s incompatibility and I think it’s a myth that you have to work for shareholders and not design. Our future is as a listed company.”