Offsite specialist Caledonian Modular was hit by a catastrophic cyber attack less than two weeks before it sank into administration, a report into the firm’s collapse has revealed.

The company, which was set up in 1964, fell into administration last month owing unsecured creditors close to £21m.

The firm was eventually rescued by JRL Group, whose brands include residential contracting specialist Midgard and concrete frame firm J Reddington, for £6.25m, a sum which included buying Caledonian’s factory at Newark, as well as plant and equipment and more than £400,000 to cover the wages of 200 staff while the deal was being inked. 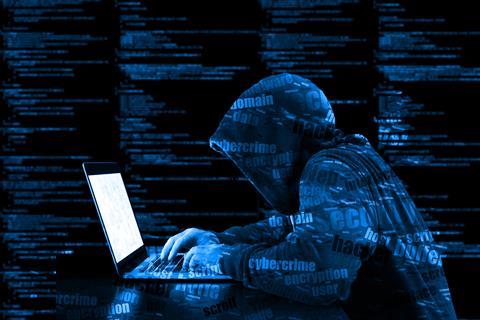 Hackers struck days before the firm collapsed, with administrators saying it would have cost a ‘significant’ sum to remedy

According to a report by administrator Alvarez & Marsal, Caledonian was sent under by a combination of materials price increases, delays caused by the pandemic and the cost of fixing defects on legacy contracts.

But the loss-making firm, which was trying to strike new funding agreements in the days before administration, was also hit by a massive cyber attack on 24 February, 12 days before the administrator was formally appointed on 8 March.

The administrator’s report said the attack “infected its servers and encrypted its data. This reduced the company’s operating capability and would have required significant cost to remedy. It also restricted the information that could be provided to third parties as part of funding negotiations.”

Caledonian was being kept afloat, the report said, by the largesse of US hedge fund MAK which was the majority shareholder in Caledonian’s parent Caledonian Group Holdings. Alvarez & Marsal said the amount owed to MAK was £25m.

In the run-up to the administration, Caledonian’s directors held talks with its majority shareholder as well as some customers to help with cashflow but these petered out.

The report also revealed that two days before Alvarez & Marsal was formally appointed, Caledonian was the subject of a pre-pack offer but this was turned down because “it was not acceptable, had inherent execution risk and…was not considered to be in the best interests of creditors”.

Once it went into administration, the firm was offered to more than 100 rivals and financial firms with 39 given access to a data room before weighing up whether to bid or not. The field narrowed to six before JRL won the race at the end of March.

As the construction industry continues to employ increasingly digitalised ways of working the risk proposed by cyber threats has never been greater.

Join us on 28 April as our Construction Cyber Security Forum joins forces with the National Cyber Security Centre and Department for Business, Energy and Industrial Strategy to discuss how and why construction firms need to protect themselves from cyber threats.

In all, employees are owed more than £40,000 in missing wages and holiday pay and, along with HMRC, which is also owed £1.5m, are listed as preferential creditors.

Employees have been told to expect some money back but HMRC has been warned it is not certain it will get any of its missing money back.

And unsecured creditors, which includes £12.5m owed to trade creditors, have been told they won’t be getting any money back. Organisations caught up in the collapse include a number of government departments including the Department for Education which is listed as being owed £2m.