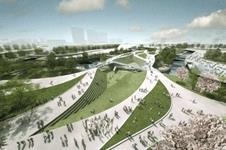 Consultant Capita Symonds looks set to secure a multimillion pound role on a project overseeing the London borough of Newham’s Olympic legacy during and after the Games.

The group will programme manage the involvement of Newham during the 2012 Games, and oversee their legacy after they are over. The contract is worth between £10 and £30m

Preparation work for the deal is expected to start in six weeks. A source close to Capita Symonds said: “The job will involve promoting the area and bringing new business into it by upgrading existing buildings to attract a new tenant profile, and potentially planning and developing new buildings, too.”

There is currently no set time frame on the project. The source said: “It will continue for as long as the work brings inward investment into what is currently a very deprived borough.”

Capita Symonds is also on a shortlist, understood to be made up of five groups, competing for a London Organising Committee of the Olympic Games contract to project manage the provision of the temporary venues and overlay up to and during the Games.

Overlay is anything needing to be added to venues and facilities. It can include anything from the provision of seating, tents, platforms and cabins through to services such as fire safety and specialist sports lighting.

The shortlist is also understood to include Rider Levett Bucknall and CLM, the organisation made up of Mace, Laing O’Rourke and CH2M Hill that is in charge of constructing the Olympic venues.

Meanwhile, Capita Symonds is understood to be pursuing fresh acquisitions since making two earlier this year. Sources close to the firm say it is looking to move into cost management and is understood to have talked to QS Currie & Brown before Christmas, but this amounted to nothing. Both firms declined to comment.

For the latest QS jobs and career advice visit Building4Jobs.