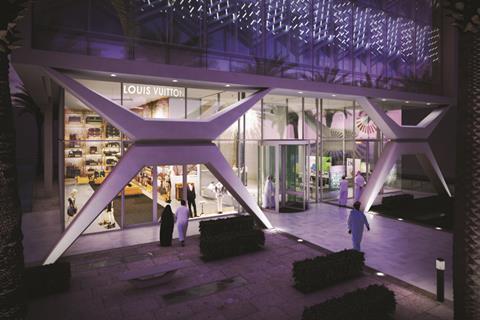 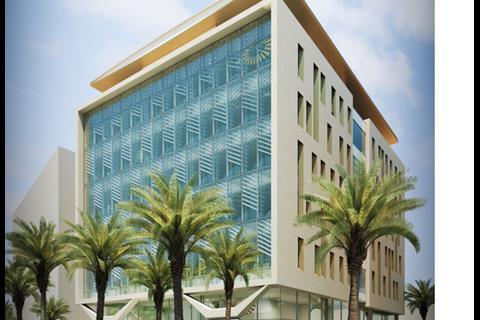 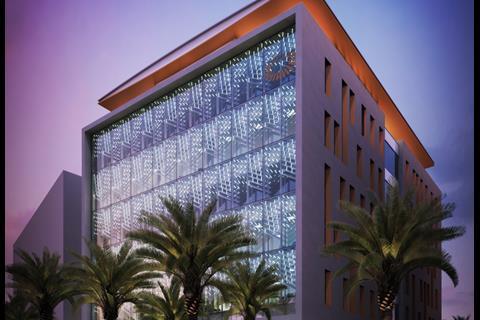 Mixed-use scheme will cover 50,000ft2, and work is expected to start next spring

Capita Symonds has unveiled plans for a new £20m, 50,000ft2, mixed-use development on the east coast of Saudi Arabia.

Designed on behalf of a private client, the development comprises 8,000ft2 of open plan office space over six floors, retail units on the ground floor, and a new gym and spa facility.

The design features a triple-skinned facade with chevrons of stainless steel set apart as a grid by a thousand LED-lit acrylic crystals. Each is held in place by a plated gold finial, which facilitates solar control for the building and refers back to the traditional ‘mashrabiya’ carving of Islamic and Middle Eastern architecture.

The roof includes a gold leaf soffit to reflect light and activity on the executive top floor, which contains a prayer space as well as boardrooms and private offices.

Chris Boyce of Capita Symonds said: “The project explores the way a facade can alter the internal environment by providing shade, and at the same time can deliver very different visual impact at differing times of the day and night. The crystals on the facade and gold leaf underside to the roof are a nod to the client’s connections to the precious stones and gold trade.”

Work is expected to start on site in spring, with the project due for completion in 2013.