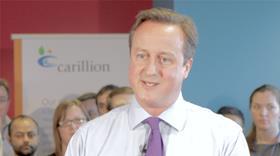 Carillion has won a £70m contract from the Highways Agency to improve a section of the M6 in the West Midlands, taking its total haul of highways contract wins in recent weeks to over £180m.

Carillion will turn a section of the M6 between junctions 10A and 13 into a “smart motorway”.

Smart motorways use a range of technologies and operating procedures to control traffic flow, including variable mandatory speed limits and opening up the hard shoulder to traffic to reduce congestion.

Advanced enabling works started in September 2013 and the main contract works will follow immediately, with completion scheduled for spring 2015.