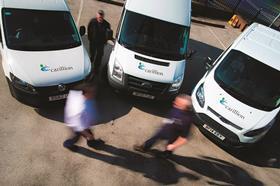 The former finance director of tool hire firm Speedy Hire has been appointed as Carillion’s new chairman of its audit committee.

Justin Read has also been appointed a non-executive director of the firm and will take up his audit committee role after the firm announces its 2017 results next spring.

Read, who also worked in a number of senior roles including deputy finance director at materials giant Hanson for 13 years, began his non-exec role at the beginning of the month

Current audit committee chairman Andrew Dougal is stepping down from the role as well as leaving his non-exec role where has been for just over six years.

Carillion said Read, who is also a non-exec at building products firm Ibstock and private landlord Grainger, will also serve on a number of its other committees including remuneration and health and safety.

It is the second non-exec appointment Carillion has made in recent weeks after announcing last month that former Jarvis and Costain boss Alan Lovell had joined the business.