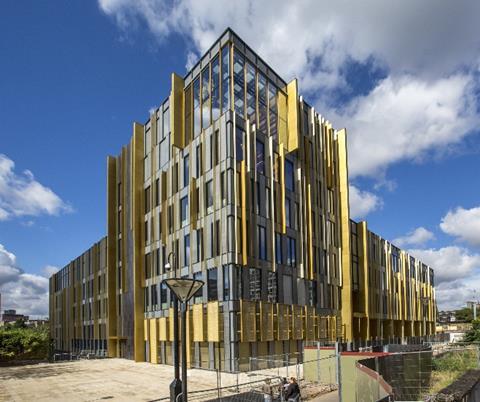 Carillion’s scheme to build a new main library for Birmingham University has opened its doors.

The £44m Associated Architects-designed building replaces a 1950s building and has been built at the university’s Edgbaston campus and will be used by students, staff and researchers.

Around 17,000sq m of floor space is arranged over six levels with a series of double-height spaces running through the building. Located on the ground floor is a café and an open-plan atrium space.

The library itself includes 62km of shelving.

Associated is working on a number of schemes in Birmingham including a £34 million, 10,000sq m extension to the Birmingham City University’s campus in the Eastside area of the city.

And it is extending a 1960s office block at 102 Stephenson Street, next door to the city’s New Street station. 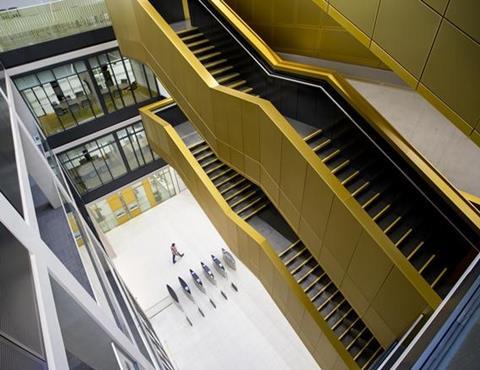