Two of the UK’s largest rolled lead suppliers have been fined more than £9m by the Competition and Markets Authority for taking part in an illegal cartel.

Associated Lead Mills and BLM British Lead admitted to colluding on prices and sharing the market for rolled lead, a key roofing product. 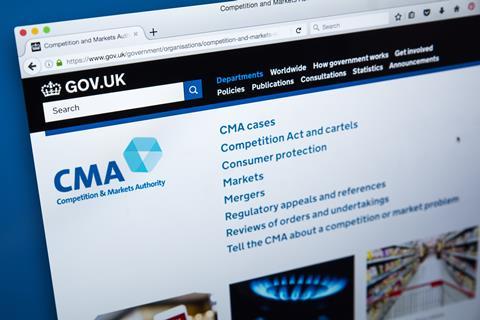 The CMA probe found the pair colluded on prices

The Hertfordshire-based firms admitted their roles earlier this year and have been told to pay fines of £1.5m and £8m respectively.

Michael Grenfell, executive director of enforcement at the CMA, said: “These companies knowingly entered into illegal arrangements restricting competition between them. Such anticompetitive arrangements tend to inflate prices and cheat customers out of a fair deal.

“Construction is a sector firmly under our spotlight and if businesses break the law by entering into anticompetitive arrangements, they run the risk of large fines.”

The four anticompetitive arrangements took place between October 2015 and April 2017 and included colluding on prices, sharing the rolled lead market by arranging not to target certain customers, and arranging not to supply a new business because it risked disrupting the firms’ existing customer relationships.

Each of the arrangements also included exchanges of commercially sensitive information.

The pair had been under investigation along with a third firm, Calder Industrial Materials which had become involved at a later stage in one of the arrangements. But the CMA said there were no grounds for action against Calder and has closed its investigation into the company.

Together, the three firms account for some 90% of UK rolled lead supplies.