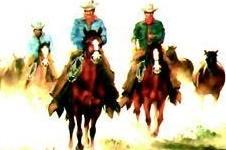 Self-employed firms could be costing the Treasury £2bn a year in lost revenue, a new report by the House of Common Public Accounts Committee has warned.

Despite the survey published as HMRC: Tackling the Hidden Economy showing 2 million people working in the informal economy, the report said the chances of these people being caught is “minimal”.

Alan Ritchie, general secretary of construction union Ucatt, said: “Given the highly casualised nature of the construction industry these findings are both unsurprising and conservative. The report does not even take into account how much money is being lost to the revenue through false self-employment – academic research for Ucatt places this figure at at least £1.7bn per annum.”

Brian Berry, director of external affairs at the Federation of Master Builders (FMB), said that cowboy builders who work for cash and do not charge VAT have a commercial advantage over FMB members.

“Reducing the rate of VAT on domestic building work will significantly reduce the commercial advantage of the VAT evading trader,” he said.

“The financial incentive to choose a cowboy builder will diminish and a level playing field will emerge instead. In time, this will drive the cowboy builders out of the market as customers focus on quality and value, not just price,” Berry added.

HM Revenue and Customs spent £41m in 2006/07 on encouraging people and businesses into the formal economy, and detecting and imposing sanctions on those operating in the hidden economy.

Ucatt's Ritchie added: “On a number of levels from improving tax income, to improving health and safety and increasing training, it is obvious that more regulation is needed in the construction industry. To begin with, by extending the Gangmasters Licensing Authority to the construction industry some of the worst cases of exploitation and tax evasion can be resolved."