The director general of the Confederation of British Industry (CBI) is in talks with the government today about reversing the UK’s trade deficit in construction materials. 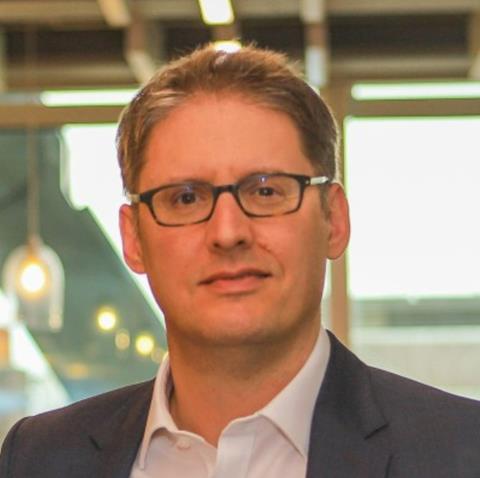 Trevelyan served as construction minister prior to her appointment to her new role earlier this month.

The talks will focus on how UK firms can increase their share in global markets by developing sustainable products, technology and services.

Speaking at Build UK’s AGM yesterday, Danker said it was a “huge opportunity” for the industry.

He added: “It starts with us [developing] our net zero innovation ambitions at home, and then using that IP, that know-how, to become exporters of products and services in your sector.”

The UK’s reliance on imports of construction products from abroad amid a global shortage of materials has become a major constraint on the industry’s growth this year.

Danker said the CBI has also been “pushing hard” for tax and regulatory reforms that encourage and reward research and development in proposals the body has submitted to chancellor Rishi Sunak ahead of this autumn’s spending review.

He said the challenge facing the industry was how to scale up innovations that have become widely adopted, including digital twins, QR codes and 3D printing.

“The challenge now is to scale this up. And to scale it up really across the industry with breakthroughs adopted by all,” Danker said.

The UK construction industry has been the leading country in Europe for BIM adoption since the 1980s, but a report earlier this year suggested Germany could soon edge ahead.

Since 2017, it has been mandatory in Germany for all projects worth more than €100m (£86m) to use BIM. In the UK, only government projects are required to use it following a law introduced in 2016.

Danker said the CBI had also been pressing the government to “flex” the post-Brexit immigration system to bring in more skills from abroad, and had been calling for reforms to the “failing” apprenticeship levy.

He added that he would meet Sunak in the next three weeks to ask for more certainty around government investment in infrastructure.

He said a failure to clarify the direction of travel for investments and commitments was “undermining markets’ confidence and regions’ abilities to level up”.

Speaking on the legacy of the pandemic, he said the industry now had an opportunity to become recognised as a net zero “pioneer”.

“Now is the time for us to act, to seize the moment, transform the UK economy to be far more competitive, dynamic and future focused. It’s what we’ll need to compete in the world.”