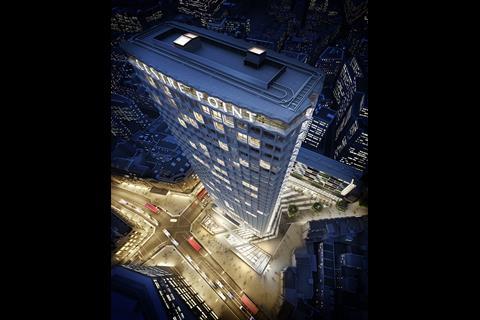 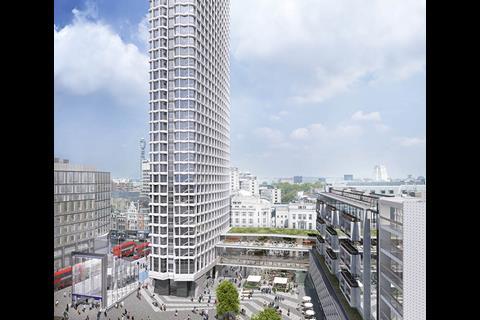 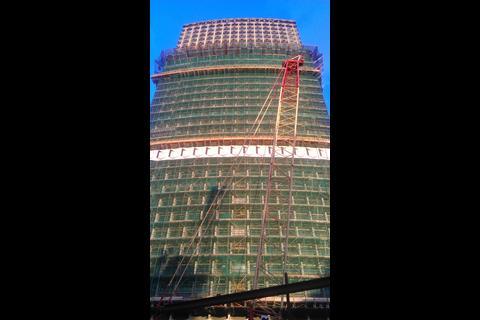 Richard Seifert's Centre Point is set to be wrapped in artwork by Eley Kishimoto.

Brookfield Multiplex is the main contractor for the £350m scheme, which will give the Grade II listed tower 82 apartments, 41,780 ft2 of new retail space, and a new public square.

The redevelopment of Centre Point, which was designed by Richard Seifert, will also include series of retail outlets, restaurants, and bistros inside the bridge-link walkway that connects the 33-storey building to neighbouring Centre Point House.

Brookfield’s work, to designs by Rick Mather Architects and Conrad and Partners, is expected to be finished by the second quarter of 2017, ahead of the 2018 completion of Crossrail.