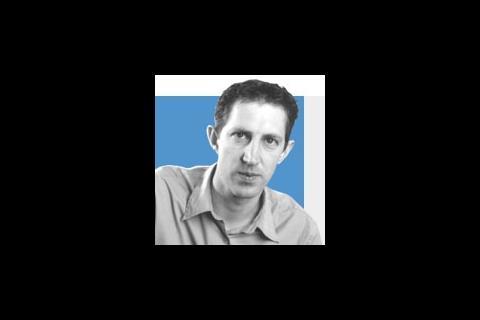 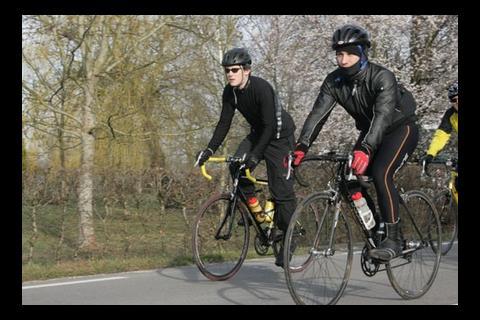 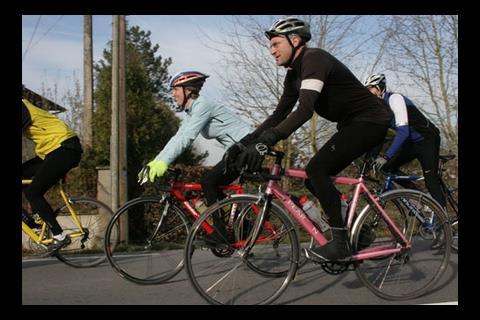 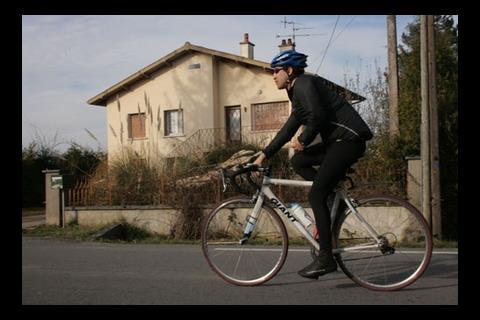 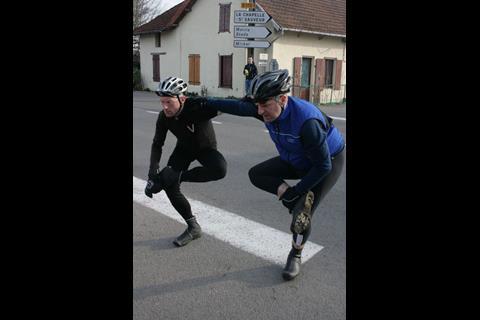 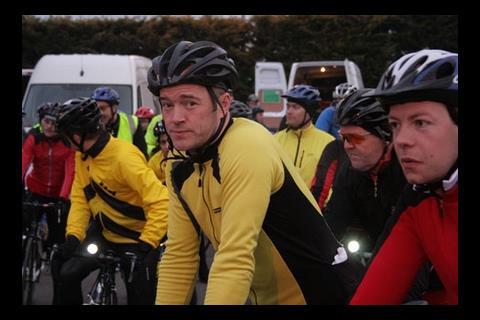 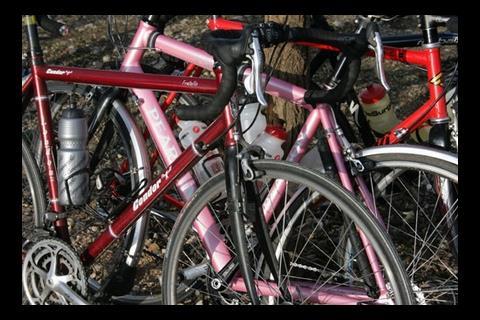 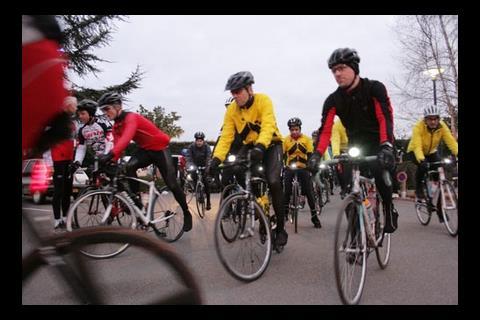 Usually I arrive at work after my five mile commute at 9am. Today on the third day of the Cycle2Cannes we knocked off 66 miles by 9.30am.

The tight schedule means riders have to quickly get use to early starts. Today the alarm went off at 4.55am and after scoffing as much dry bread and cheese as is physically possible at that time in the morning, we unstacked our bikes for a 6am start.

Leaving Reims was earie. The street lights shining through the thick fog gave the feeling of an alien visitation. And we must have looked strange to the Reims postmen as we rode in a tight formation with out LED lights twinkling away.

The first leg of the day entered the Champagne region which was a respite from the previous day’s ride from Calais. Most of the day was spent huddling behind the bike in front trying to avoid the Easterly winds whipping cross the biggest fields in Europe. Somebody unkindly said that the area outside Ashford reminded him of the Pas-de-Calais – I’m not sure who would be more insulted.

The Champagne region features pretty villages with ancient stone buildings bearing the names of the champagnes that made them famous. I made mental notes of the villages we passed, vowing to visit them one day. There wasn’t much chance of sightseeing when you’re riding nose to tail through town squares watching out for yappy dogs - there's always at least one.

After riding over a forest ridge offering views of a glorious sunrise in the valley below (complete with church steeple emerging from the mist), we descended back into the freezing fog which triggered a bad case of the appropriately named Alcock Syndrome. Not to go into too much detail, but it’s a numbness of the nether regions caused by compression of some delicately placed nerves in the saddle area. Extreme cold always seems to make it worse.

The freezing conditions were similar to when you ski and your eyebrows start icing over, and it was almost a relief to puncture for the second day running 10km from the finish. It meant I could jump into the warmth of a support van.

By the way, commuting to work would be much more popular if you had the same level of mechanical support as we get here. Punctures are replaced with a new wheel in about 20 seconds and even awkward repairs can be done quickly by the expert mechanics. Come on Mr Livingstone, here’s your chance. Introduce cycle support vehicles onto London’s roads and you'll get my vote in the forthcoming election.