Chancellor Sajid Javid has pledged to commit to an 'infrastructure revolution' as he reveals details of the government's planned expenditure over the next 12 months.

In a spending round statement, widely seen as a pitch to the nation ahead of an expected imminent election, Javid said the government was committed to investing in infrastructure. 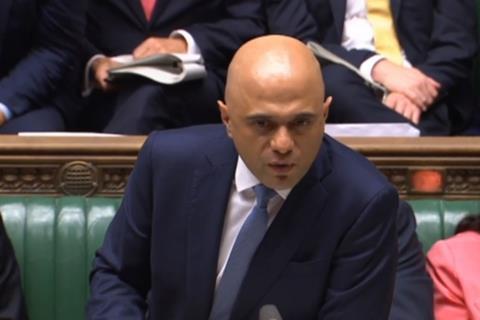 He said: "We want to build and invest in every region and nation of this United Kingdom.

"The first priority of our new economic plan will be to rebuild our national infrastructure.

"High-quality and reliable infrastructure is essential for how we live, work and travel but the truth is across many decades governments of all colours have under-invested in infrastructure."

And in what he hopes will win over voters in the regions and the devolved nations if a snap election is held in October, he added: "We want to build and invest in every region and nation of this United Kingdom.

From the motor highway to the information highway… we’ll settle for nothing less than an infrastructure revolution."

Construction's key points from the spending round update:

He also reaffirmed a commitment to the NIC, saying the government will "continue to rely on its expert advice".

Javid also said the government would "do more to give private investors the confidence to back these projects".

While reiterating the government's commitment to funding the Leeds to Manchester section of Northern Powerhouse Rail, Javid provided no guarantees about the future of HS2.

He said: "We’ll set a high bar for funding projects, and they’ll have to show real value for money, with credible delivery plans and budgets starting with the government’s rapid review of HS2."

Responding to Javid's statement NIC chair Sir John Armitt said the government needed to be careful not to get carried away with "revolutionary plans".

He said: “The chancellor is right to recognise the UK must up its game on infrastructure, but any revolutionary plans for digital connectivity, improvements to failing urban transport networks and expanding clean energy must be translated into effective actions.

“The government must therefore ensure its forthcoming National Infrastructure Strategy is truly long-term in outlook, backed by clear goals and stable and ambitious funding, and genuinely committed to a change in approach."

He also said he hoped Javid was "true to his word" about accepting the NIC's "expert advice".

Brian Berry, chief executive at the Federation of Master Builders, said it was imperative that tackling the housing crisis was included in the government's infrastructure plans.

He said: "The housing crisis is undermining the British economy. If we are to increase productivity and improve our competitive edge on the world stage, then building more new homes must form part of the government’s campaign to upgrade our infrastructure."

Javid also said the government would spend another £2bn on managing Brexit next year, with this set to include the creation of "better transport infrastructure at our ports [and] more support for business readiness".

He also said that details of a decarbonisation plan would be revealed as part of the National Infrastructure Strategy.

Javid reaffirmed the government would spend £500m on the 2022 Commonwealth Games, saying "the Games will be a huge boost for the West Midlands"