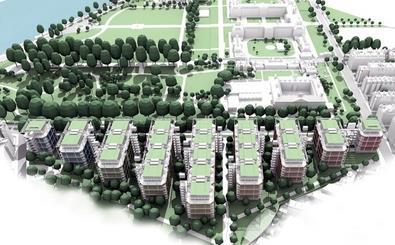 Candy and Candy’s £1bn Chelsea Barracks business partnership with the Qatari ruling family could be under threat, according to reports.

The Sunday Telegraph said the multi-billionaire Middle Eastern investors are considering terminating their contract with the brothers, planning to buy their stake from them, and retain the Candys only as marketing managers and interior designers.

The Chelsea site was bought jointly in 2007, when the Qataris paid over £950m with the Candy’s help – four times the Ministry of Defence’s asking price, in one of Britain’s most expensive property deals. However, the Qataris have reportedly told Nick and Christian Candy that they wish to take full control of the 13-acre development.

Qatar is determined to prove the emirate is a careful investor, but the deal has reportedly caused friction due to the recent slump in property prices, and difficulties with planning.

A source close to the Qataris told the Sunday Telegraph: “This development is very complicated and particularly sensitive. It is an important investment [for the Qataris] both in terms of money and reputation and they want to take full control of it.”

Last week Westminster council’s planning committee said the proposals “had the makings of an acceptable scheme,” however two members expressed unhappiness with the design, with one likening the “affordable” section to a 1960s council estate.

The project is chaired by the prime minister of Qatar, Sheikh Hamad bin Jaber Jasmin al-Thani, and is part of the Qatari Investment Authority (QIA).

The QIA recently appointed a new chief executive who is reportedly “taking control” of its investments in a shake up of the organisation.