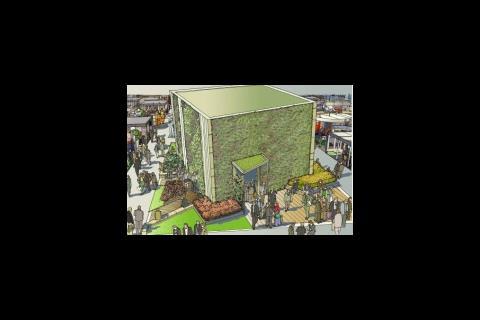 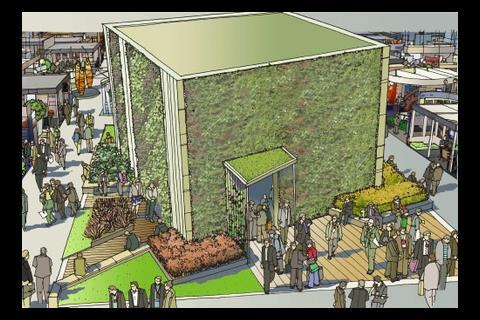 The 10m x 10m x 8m “green cube” structure has been designed to highlight the importance of green infrastructure in the built environment.

It is the first time a “living structure” of this scale has been attempted at the show and the first time that the various “living wall” technologies have been combined in a single project.

The project will feature more than 50 species of plants, including indigenous and ornamental evergreen perennials, grasses and ferns.

It also demonstrates the use of living walls in conjunction with architectural products, particularly UK grown and Forest Stewardship Council certified timber cladding.

During the course of the conference the structure's interior space will host a variety of events and displays including a series of videos from Natural England about other aspects of green infrastructure.

Ecobuild will run on 2-4 March at London's Earl's Court.