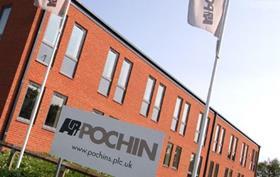 One of the country’s best-known regional contractors has gone into administration with more than 100 jobs now at risk.

Pochin’s, which is based in Middlewich, Cheshire, has appointed Grant Thornton as administrator after running up problems on a number of historical jobs. The firm was founded in the 1930s as a joinery business and employs 120 people with more than 90 working for the contracting arm.

Pochin’s Ltd, which includes its construction and property businesses, racked up a pre-tax loss of £3.4m on turnover down 14% to £59m in the year to February 2018.

The accounts, which are the latest to be filed at Companies House, blamed a residential construction job, believed to be in Manchester, for sinking into the red.

Separate figures filed by its construction arm, Pochin Construction, which accounted for just over £50m of the group’s 2018 revenue, show it racked up a £6.3m pre-tax loss which it blamed on the problem Manchester job.

It added: “The contract has now been completed and a substantial claim has been compiled against the architect on the contract given significant design failings.”

Following the losses, Pochin’s brought in Jon Adams, a former Balfour Beatty executive who was responsible for that firm’s major projects in the north, last April to run the business. It added that “changes [have been] made to ensure that we do not have inappropriate professional teams imposed upon us on other contracts”.

But in a statement released by Grant Thornton “the legacy issues from earlier contracts became too great a burden leading to difficult trading conditions”.

It said it had looked into pumping more of its shareholders’ money into the business and selling off its property arm.

It added: “Despite these efforts, the impact of the challenges have proven insurmountable and the difficult decision was reached by the directors to place a number of entities in the group into administration.”

These include Pochin’s Ltd, Pochin Construction Ltd and six other subsidiaries.

Pochin’s chief executive Jim Nicholson led a family buyout of the firm in 2014. His grandfather was company founder Cedric.